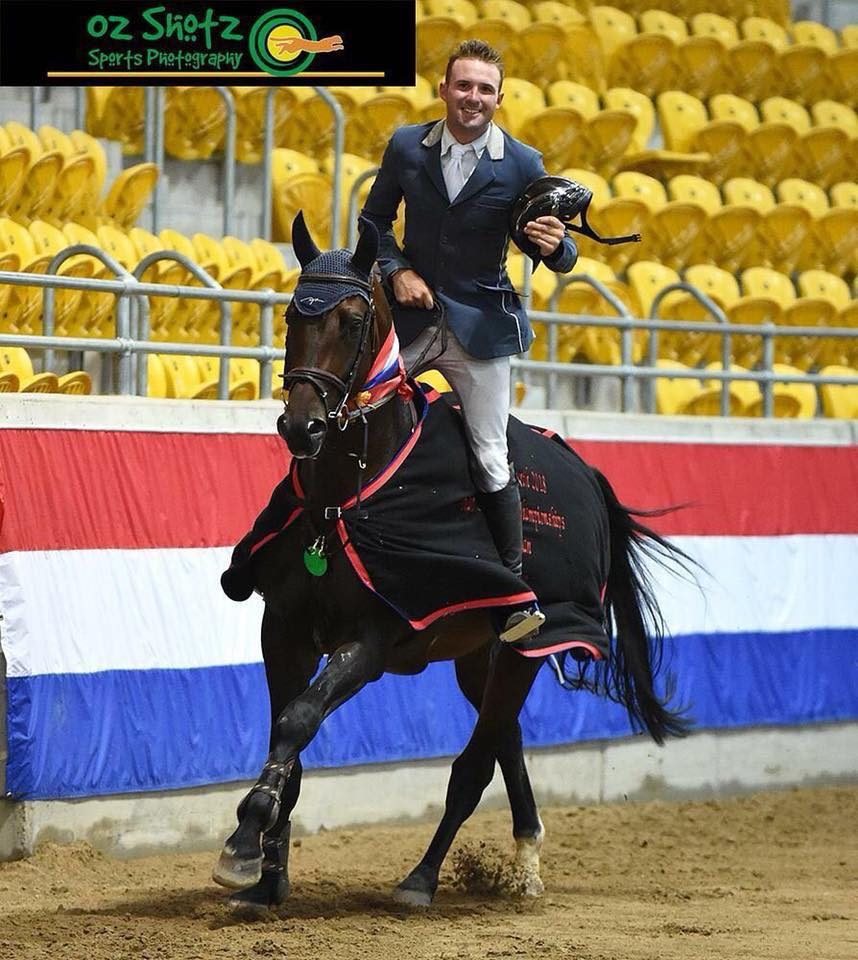 The team are driving back from an eventful weekend at the Australian Equestrian and Livestock Event Centre (AELEC) in Tamworth. It was a busy show with plenty of entries in every class. James came 2nd in the 110 championships on Bernadette ORegans classy young horse Lamondale Bewitched. She is a very exciting mare for the future. James kept up his streak with first and second in the Hoffman memorial Cup, winning on Robbie (Rosthwaite Vigilante 11) with Eurostar closely behind. Elliott also placed 6th riding Avedon Indigo, as well as 5th in the 1.30 on the same horse. To round off the weekend, James placed 5th in the Grand Prix once again riding Robbie, with the fastest time but just one rail down in the first round. It was a great weekend for team Rosthwaite with some good results against the very strong competition.