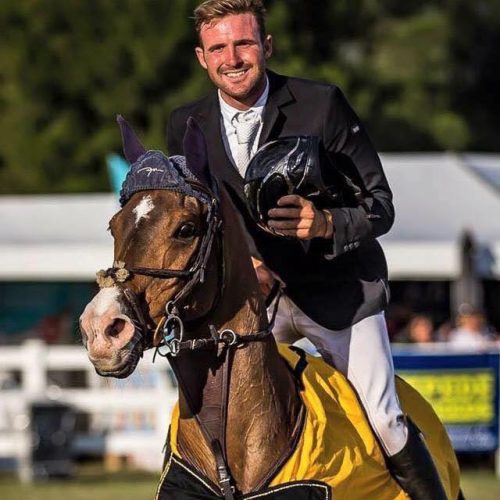 James Arkins is one of Australia’s leading showjumping riders. James and Elliott manage Rosthwaite Farm together, both inputting their extensive knowledge and experience. In 2016, James was shortlisted for the Rio Olympics and has competed with great success on the international showjumping scene. James is passionate about sharing his knowledge with his students with the aim of preparing them to compete at the highest level. James has coached junior and amateur riders up to grand prix level, although his lessons cater to students of all ages and experience.

James grew up in the eastern suburbs of Sydney with limited exposure to horses. One day his mother Michelle took him for a ride at Malabar Riding School and he instantly fell in love with horses. After that, there was no stopping him, much to his parent’s dismay! After much convincing, James finally managed to get his parents to buy him his first horse. This horse was to be named ‘Dreamtime Invader’ and known as Todd at home. Todd was purchased for a grand total of $2500. James hated him to begin with but quickly, the two built an unstoppable partnership. With James’ persistent training Todd became a champion and took James to success from Interschool competitions through to World Cup level, as well as an international campaign. James says “I wouldn’t be where I am today if it wasn’t for Todd”. 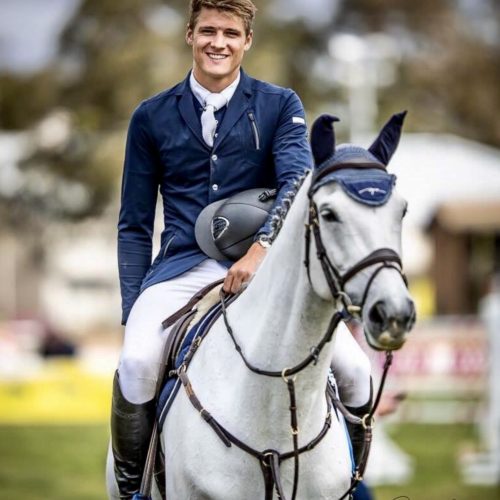 Elliott Reeves is making a name for himself on the Australian showjumping circuit after deciding to leave England to go travelling. Elliott has competed internationally up to 1.50m at some of the most prestigious shows England has to offer. One of his best results would have to be 6th place in the 4* Hickstead speed derby and he still holds the title for being the youngest person to ride a clear round in that class.

Elliott was just five years old when his mother, Veronica, took him his first riding lesson. Veronica always had a love of horses but didn’t quite realise what she was in for when she first signed Elliott up for lessons! Over the years, Elliott progressed and the time came to make the step and buy a horse. He got very lucky with an ‘average horse’ who just so happened to turn out to be a very talented and successful showjumping horse. Elliott made his debut in the 1.50m classes on this same horse! Elliott has worked for and trained with some of the best riders in the world, such as William and Pippa Funnell, where he picked up a huge amount of knowledge and experience producing and training young horses. 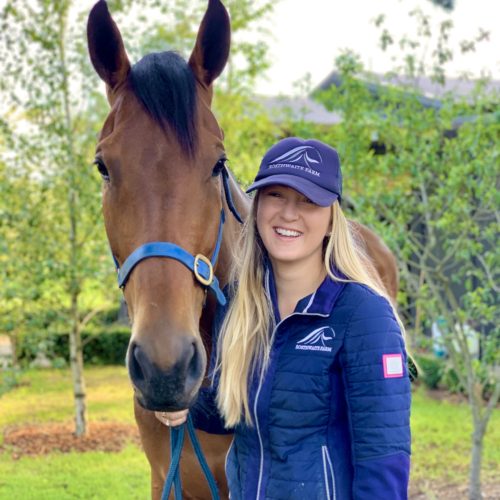 Claudia was offered a working pupil position at Rosthwaite Farm in January 2019, after finishing school and deciding that she wanted to spend her gap year working at a successful showjumping stable. She had heard a lot about the successes of James and Elliott, and was keen to gain insight into the workings of their yard. Since moving to Rosthwaite Farm, Claudia has commenced her intro level coaching accreditation and is training under the watchful eye of Shelley. As well as coaching, Claudia has also been given riding opportunities; having her horse, Lulu, at the farm and being able to compete at shows around the country with the competition team.

Growing up, Claudia was the only person in her family with an interest in horses and worked hard to prove to her parents that she was capable of owning a pony. After many years of volunteering as a stable hand in the riding school, her parents decided that she was dedicated enough to get her first horse. From then on, Claudia rode many different horses at pony club and local jumping events. Her parents continued to support her riding goals and took her to shows across New South Wales.

Claudia’s aim is to expand her knowledge to the best of her ability in a professional and fun environment. She is an extremely hard worker and an asset to the team. She says that what started as a gap year has turned into a career path. She is extremely grateful to be surrounded by a knowledgeable team and is very excited for her future at Rosthwaite Farm. 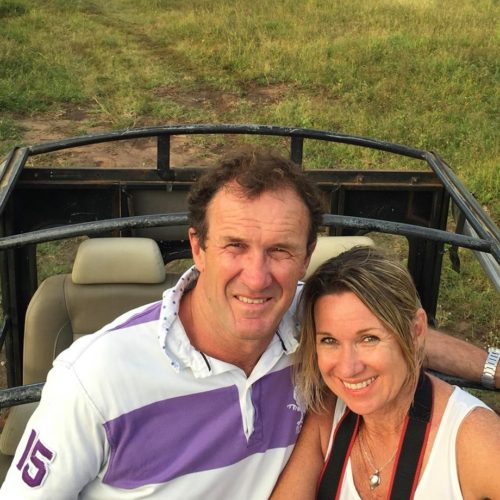 Michelle Arkins overlooks Rosthwaite Farm’s accounting and administrative duties. Michelle is still currently teaching at Waverley College and has had 35+ years teaching primary school aged children. She spends most weekends at the farm and is Chief Cook at all the overnight holiday camps. She is loving seeing the riding school grow and watching the students become more proficient in their riding. Seeing the big smiles on the students faces always makes her day.

With 35 years of accounting and banking skills, Peter Arkins is responsible for managing financial decisions that take place at Rosthwaite Farm, including funding and procurement. As a hobby farmer, he spends most of his weekends attending to the maintenance demands around the property. This extends to building projects, landscaping and gardening, fencing and pasture maintenance.