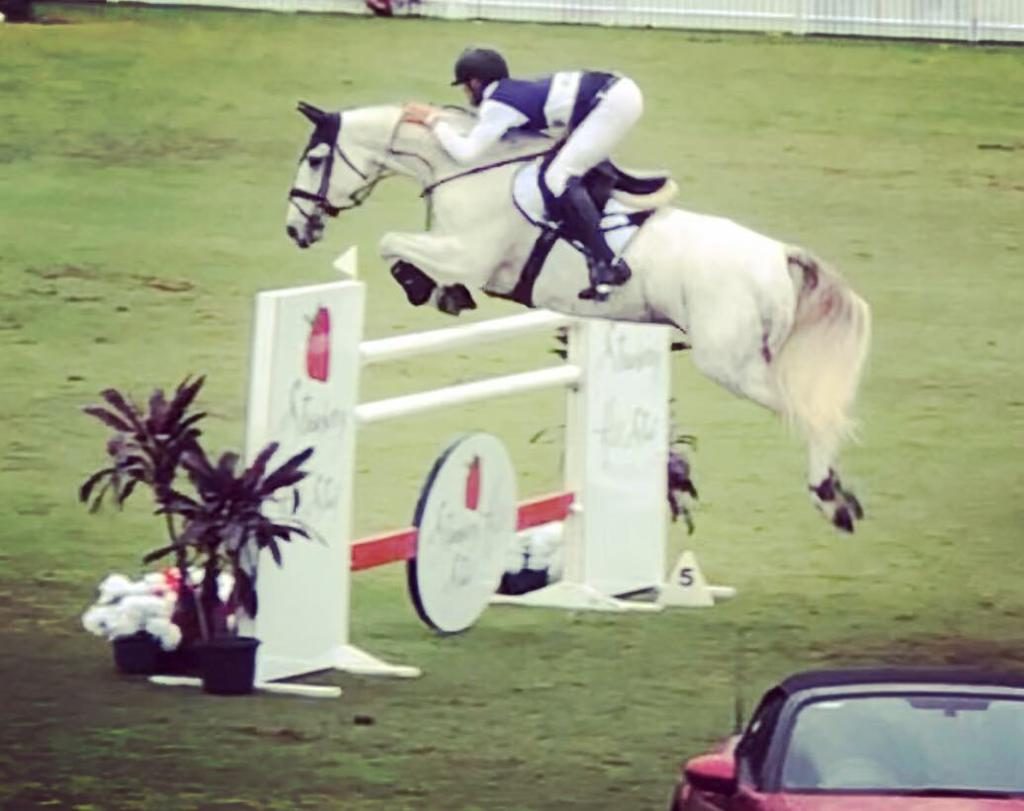 On the 28th April 17 horses, James, Elliott, Meike and Claudia made their way North to the Gold Coast for Australia’s richest and most awarded showjumping event, The Aquis Champions Tour.

On Thursday the Tours started with some great results. Waitangi Skynet was 7th in the first Gold Tour qualifier with Elliott and excelled again the following day with Avenden Indigo finishing 2nd individually and 4th in the Corporate Teams event.

On the final day the Rosthwaite farm team were ready for some of the best jumping of the year. The day started well with KS Saint Patrick jumping his socks off to come 3rd in the bronze final and not far behind him was WP Grandiamo (jointly owned by Donna Peulic) finishing 9th with the first rail down in the jump off.

Elliott jumped an incredible first round in the biggest class of his life aboard Louie and qualified himself for the jump off. Unfortunately, a small mistake left him finishing in 12th, but a very respectable result in such a high calibre field.

What a fantastic show, Rosthwaite Farm cannot wait for next year, now back home to the George Morris clinic and to prepare eight horses for Dubbo Show!